Menu
A slice of Wednesday

I'm pretty much a daily blogger, unless a day kicks my butt, which yesterday did.

There were so many moments, all put together, to remind me that while I may occasionally look collected and, you know, on top of it, I'm so not.

It started with me knocking over the whole bucket of expensive milk formula I'd carefully made up for the pigs. Followed by a long-wafty-skirt-and-electric-fence moment. Doofus.

It wasn't helped at all by not one but two sick children, the most miserable being the baby.

Two dogs tearing up the lawn.

Same two dogs exuberantly jumping on top of an elderly neighbour up the lane as he tried to fix his fence. (He was so cool about it. Poor man. They're not little dogs. We did a bit more training today.)

The record number of times I reheated a cup of tea in the microwave before I tossed it was four. Total number of hot cups of tea consumed: zero.

And some small person left the net off the cabbages and the chickens had a field day.

Today, I found a very large steaming bucket of fresh cows milk up near the pigs, left by a neighbourly dairy farmer who'd heard about them.

Today I just carried the cranky baby in the backpack all day and got on with it.

Today I cleaned up the kitchen. No small feat. And I feel so much better about the world.

And today is Wednesday. Which means there is a slice. 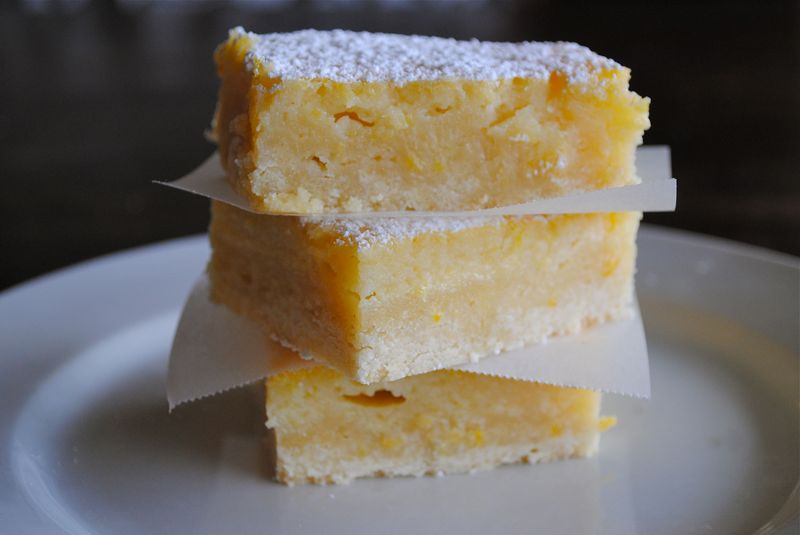 This recipe is a bit ubiquitous to credit one source – and there are a hundred variations. Donna Hay does one, but it has more eggs and I think cream in it. The recipe I used today comes from an old Better Homes and Garden Magazine; (September 2009.)

I like this one because it's simple. And today simple was good.

Preheat oven to 180°C. Grease and line a slice tin (I think it's 20cm x 30cm). Using an electric beater if you have one, cream butter, sugar and vanilla until creamy. Sift over flour and stir until combined. (It'll look like crumbs.) Press mix into base of tin and bake for 10 mins or until just starting to brown around edges. Let cool.

Put eggs, sugar, flour, milk, juice and rind into bowl and whisk well. Pour over base. Bake for 20 mins or until just set. When cold, cut into squares and dust with icing sugar. 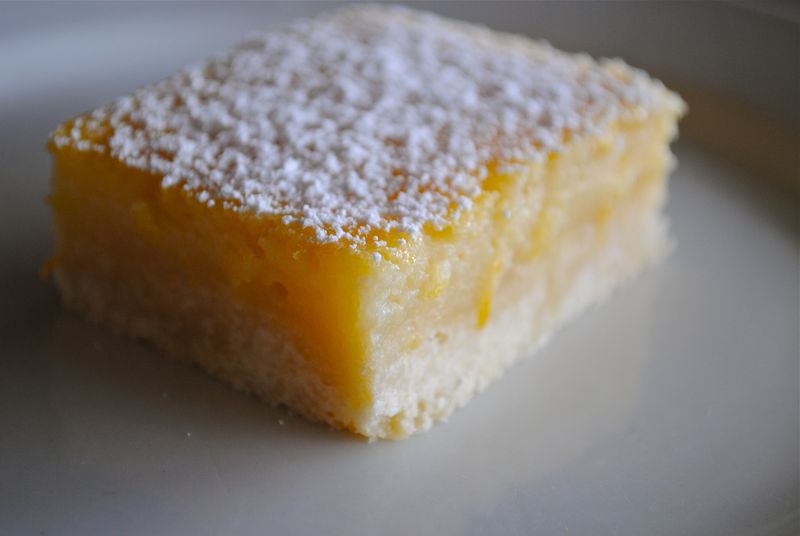 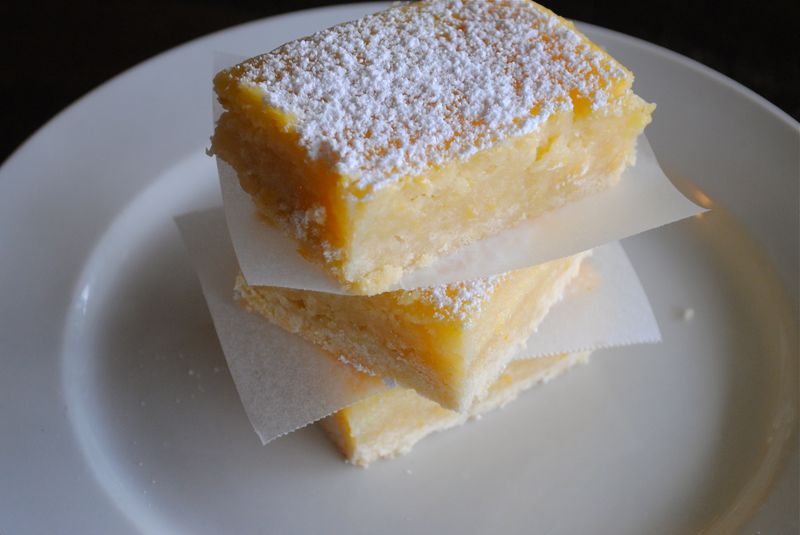 Wednesday: saved by a delicious lemony top and shortbready base. What is not to love.