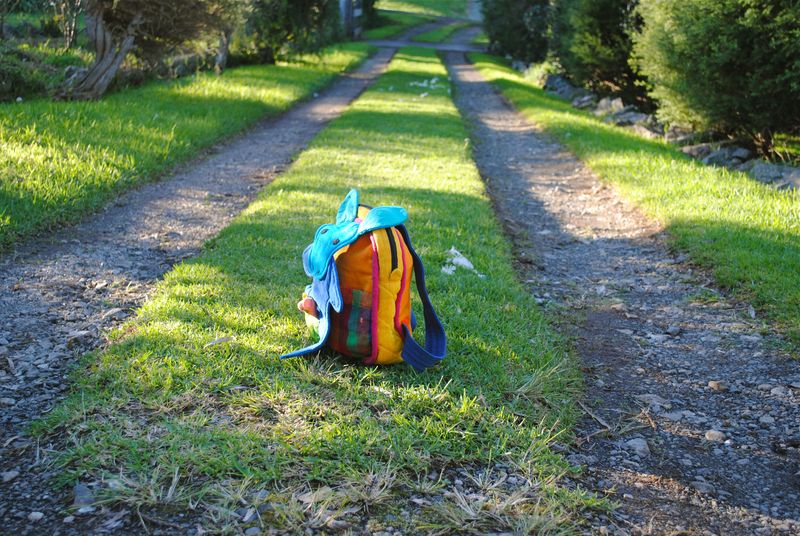 Hope you've had/are having a lovely Sunday and haven't lost any children.

Oh wait. That was me.

We had skip around the sustainability expo in Kiama today, at which both children managed to let go of helium balloons, one inside, not so bad, one outside, just as Adam and I were going into raptures over the amazing community garden on display. All those lost balloons, all that stretchy plasticky stuff ending up in the oceans. We are bad greenies. Forget the fact Tilly did an accidental stage dive off a wonderful permaculture swale and hit a sharp stick which took a bite out of her wee face right under her eye. More worried about the balloon and the sea life.

But I didn't lose her at the sustainability expo.

No, it was at home. Later. About fifteen minutes before her friend Katie's dad was due to come pick her up for a play. I hadn't seen her for five or ten minutes and I knew she was outside. I usually stand on the verandah and call. Sometimes I ring the bell we've got for this reason, they can usually hear it wherever they are and come back.

I said: Of course she hasn't.

But she had. She'd picked up her backpack and walked out the front gate and down the hill to Katie's house. I learnt this as Katie's dad Matthew drove in with Katie's brother and the other small neighbourhood boys to collect Henry to go and see some model trains, and he said he'd passed her walking up their driveway.

To be honest, it's not across town. It's about half a kilometre down our country lane.

But still. Who would've thought. All by herself.

Adam had ducked out to a beekeeping seminar so I couldn't have a parenting 101 consult which he's so good at.

So Matthew took Henry off and I packed Ivy into the backpack and walked down there myself. And had stern words. And made her promise never to do it again. Told her, to her surprise, it was dangerous, it's a road, she's four years old.

And I left it at that.

I didn't drag her home. I didn't make a big fuss. I told her if she did it again she would not be allowed to play with Katie, and that's a pretty serious deterrent. (I hope.) And this little girl of mine is so headstrong, I don't think heavy-handed authority is a sustainable approach.

Her confidence is so foreign to me. I would never have had to guts to do something like that at four.

She said she knew she was going to Katie's, she just thought she'd save Matthew the trouble of the pick-up.

It was quite logical.

I'd never told her not to walk to Katie's house.

Far out, what else have I not spelt out that would never occur to me she might attempt? 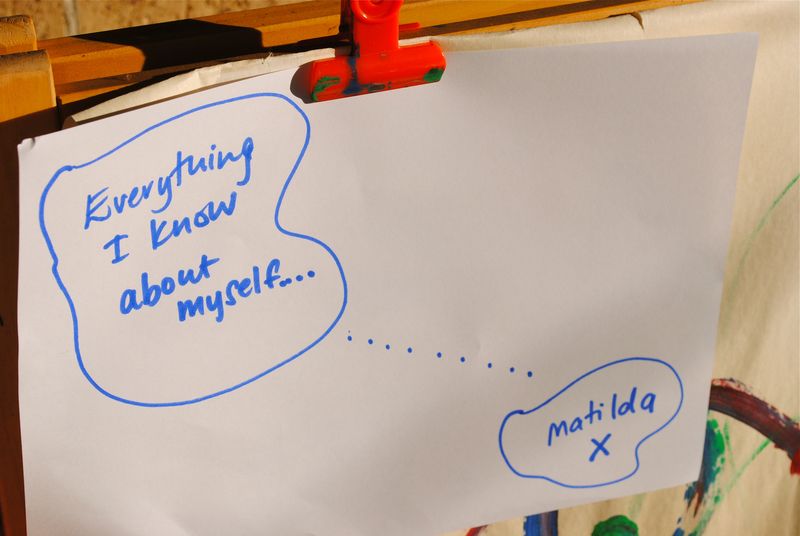