All of a sudden our oldest kid is seven. 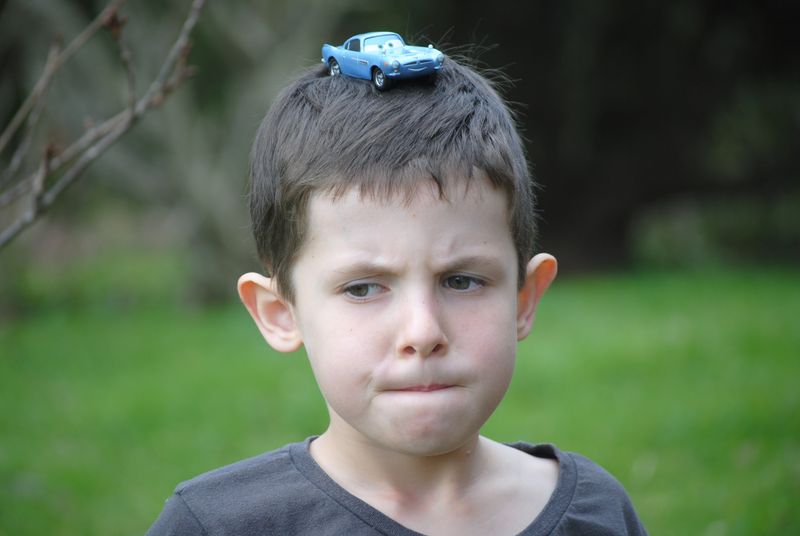 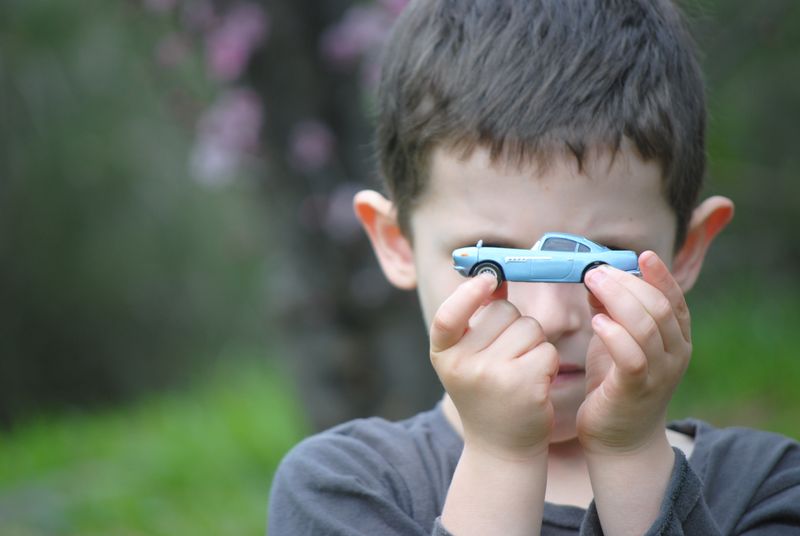 looking me straight in the eye

remembering to thank people for stuff without prompting

referring to his littlest sister as My Darling

including his other sister in games with his friends.

And so, as panic sets in that this complete sweetheartness is setting us up for what must be an epic fall into Eight, we lit seven candles and tucked into what has become our family birthday cake of choice, this chocolate cake.

Have you made it?

I totally ostentatiously named it Utterly Awesome Chocolate Cake and I stand by that promise. You won't be disappointed.

The musical statues were fun, the balloons tied to ankles and who-can-be-last-one-unpopped was cool, the jelly snakes suspended from fishing rods was a hit (who can eat it quickest with hands behind back), but for me it's not a birthday party without that cake. 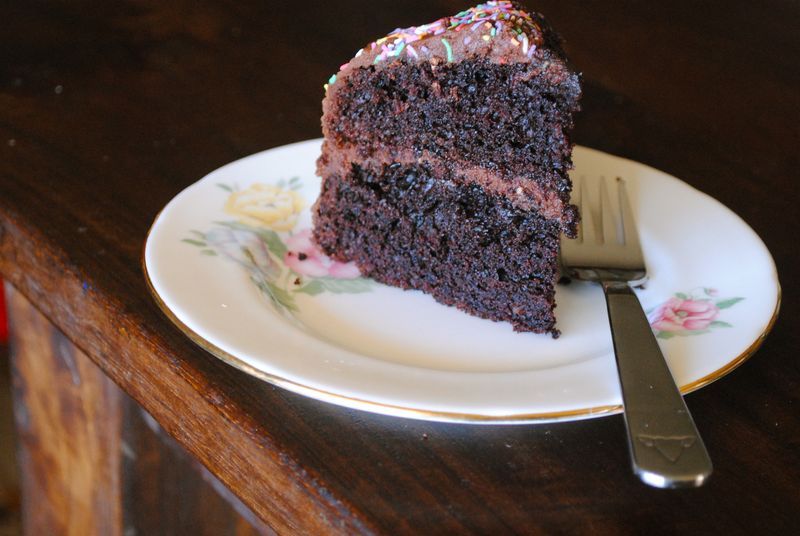 I am never disappointed when I make that cake! It is utterly awesome!

Happy birthday to your little guy! He is the same age as my oldest nephew and I haven’t seen him since he was 5…I will get a shock at Christmas I’m sure! xx

Ooo. That does sound utterly awesome. I must try that one.

Must confess to, once again, being utterly hopeless with a present for him.. Will promise to send great Christmas presents 😉

Much English love all round xxxx

heh happy birthday to your son! rainbow sprinkles are the best!

He looks cute. As does the cake.

Our little 3 year old dude has become totally obsessed with his Finn McMissile toy car. We lost it at the snow and he asked all the way home if Finn would be following us….that’s 4 hours of it!

They both look more than edible! Yay for cake and birthdays! Xx

and congrats to you Fi.

Hope he had a great birthday! They grow up way too fast.

I’m glad it’s not just me, Alex, who makes a stellar effort at Christmas to make up for the missed birthdays throughout the year 🙂