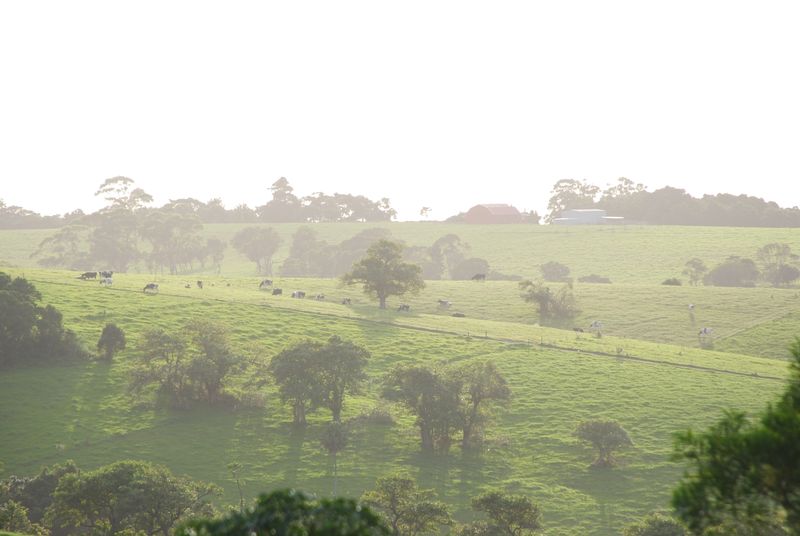 Don't tell me you've never thought about it.

I've thought about it a LOT.

It's not a new idea, the commune, and there are many crazy examples of it totally not working, right? And then you hear of some group of families that share farmed together in the eighties quite happily for a time. Or you meet someone from Nimbin and they're totally selling the idea, man.

Adam and I spent some time in Israel and lived and worked on a moshav for a short time with family friends. I like the moshav idea. It's kind of the original share farm. We visited a couple of kibbutz and they were cool too, there was a bit of 'she went out with him then he went out with her sister who then married that guy' kinda thing with the kibbutzim. They'd all lived there a while. Crazy wonderful Israelis.

Idealised? Of course it is. I'm not the first to idealise it either.

There's just something wrong about the way we live right now, boxed up in all these houses, paying too much rent or crazy fierce mortgages. There's something wrong with all this amazing rural land being bought up by wealthy non-farmers who drop in infrequently and who (with some exceptions) have zero interest in agriculture.

There's something wrong with me thinking so much about bricks and mortar, focussing on proprietary ownership, and forgetting about the transience of this moment and the ridiculousness of real estate. We don't take it with us.

What if we could share the load? Share a piece of land somewhere. Someone to harvest the tomato and basil while someone else beat out pizza bases? Someone to fix the fence while someone does the school run?

Is self sufficiency a realistic goal? Grow and make your own? How 'bout a whole group of people doing that together?

Wouldn't that be amazing?