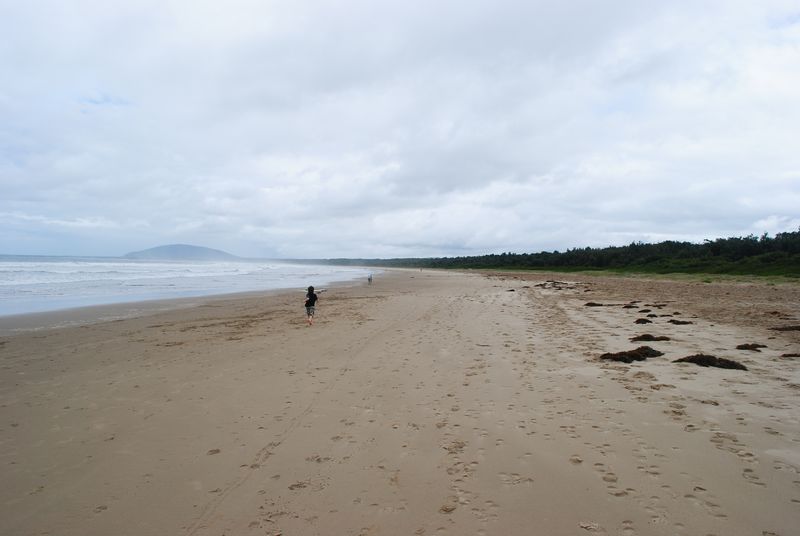 I didn't know him, I don't know the family, I don't personally know any Hasidic Jews, but the death of that eight year old in New York last week really rattled me.

It wasn't just because he was a kid, although that's always dreadful. He's also not the first kid that's been killed walking home. It was just the whole circumstance. The practice run they'd done to make sure he knew the way. The compromise: he was limited to seven blocks, his parents were meeting him at a pre-arranged intersection. The terrible bad luck of it all, the one man he asked for directions once he got lost took him home and killed him.

It made me think: so much for free-range kids.

I've talked about free-range parenting before. I really like it. I've always wished I was prepared to give my kids more freedom. I wrote that previous post while we were still in Sydney and I have to say, rural life engenders more confidence, for better or for worse. We're less inclined to helicopter, I feel like even though there's dams and roads and potentially feral cattle that the risks of mad people seem less. Which I'm sure is not actually statistically true.

And then, poor Leiby. What a horrible thing. Was he put in danger? Should they have waited till he was nine?

You know what? It's bullshit. Please excuse my language. It's a horrible thing but it's newsworthy. And so we hear of it. How many kids died last week from, I don't know, choking?

My friend Vanessa and I, many years ago, had a day at work when we watched a workmate receive the news that their best friend's kid had just choked to death on a chewable vitamin C tablet. Neither of us had kids. We were shocked to pieces. And it was so awful for the family and their close friends that I was amazed it didn't make the news.

But it doesn't. They don't make TV shows out of things like that.

And while I don't know anyone personally who has been murdered, I do know families, two in fact, who have lost toddlers in back yard swimming pools. How are those odds?

It's so easy to want to hold our kids close. It seems like the best and most loving thing to do. Except of course it isn't, and we don't hold the deck of cards which says where the madman will fall. Maybe I'll never get a backyard pool installed but I will let a kid walk home sometime.

I have no doubt when the time comes and they drive off in my car with P plates on it that I'll be gripped with worry.

But we have to try and trust, and live, and let them do stuff. Let ourselves do stuff. Let them create their own excellent stories totally unedited by us.

And hope, our whole lives, to remain un-newsworthy.