The men in my life love a shed.

I get the whole retreat thing. I get it. Farmers though, they're not really retreating. They're storing. Stockpiling. Saving. Salvaging.

Ever looked in a farm shed?

Mostly they have a lot of fence posts. Some conductor thingos for electric fences. Old bedheads. I'll be honest, I don't know what most of the stuff is. It looks old and rusty and useless to me, but then I'll be wanting a gate to stop the dogs hanging out on the verandah (Ivy's playpen) and Dad and Adam between them will Macgyver up the most fantastic gate built from stuff out of a shed.

In one of the sheds on Dad's place there has been a very old totally dead car. In my mind it had been there for a hundred years although it's an automobile not a cart so obviously it hadn't.

It has had fenceposts and stuff on it for as long as I can remember.

Then a mate of Dad's decided he might resurrect it. And so Dad cleared it off. 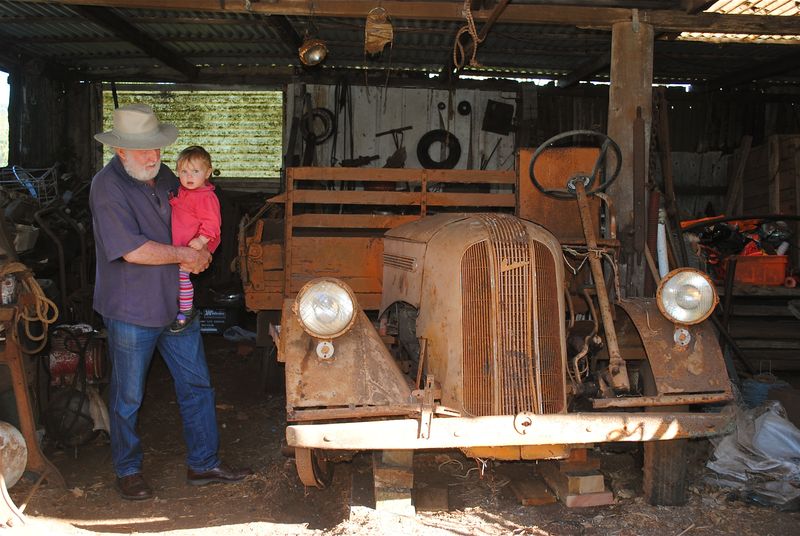 It's an old Jalopy. It was originally a taxi in Kiama, I think.

My grandfather, Dad and my Uncle Doug used it to deliver the cans of milk to the co-op. (How crazy's that. No refrigerated milk tanker twice a day. You loaded up the cans and took them to the co-op where they got put on a train.) 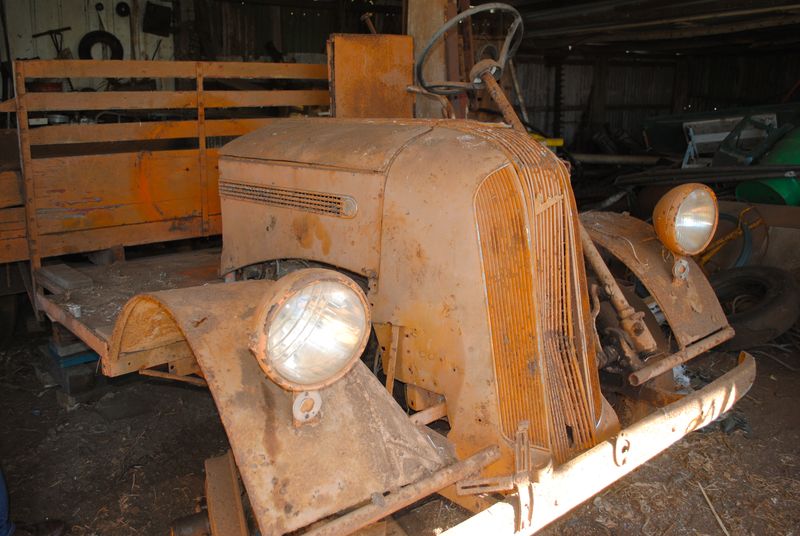 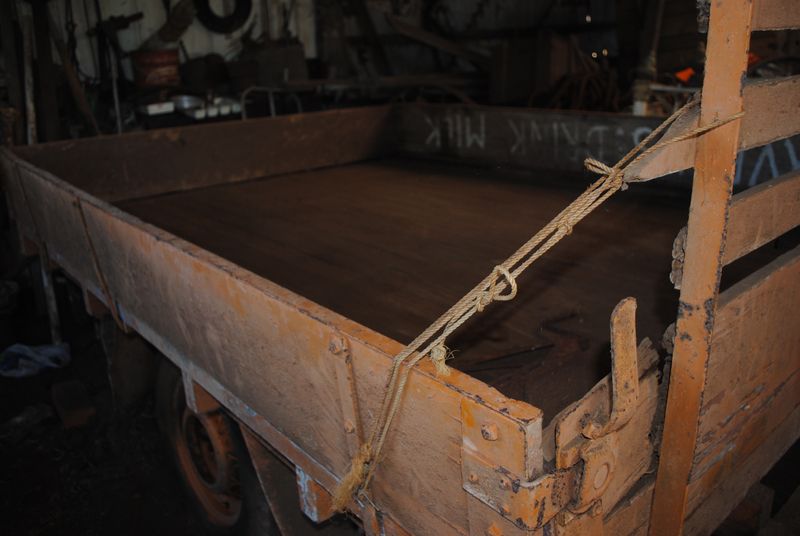 The Japoly has been out at some point, on a float in a parade from memory. Down the sideboard it reads 'save us: drink milk'. Funny man.

I thought this, below, was the Jalopy but I don't think it can have been unless they took off the roof and replaced the tray sometime. 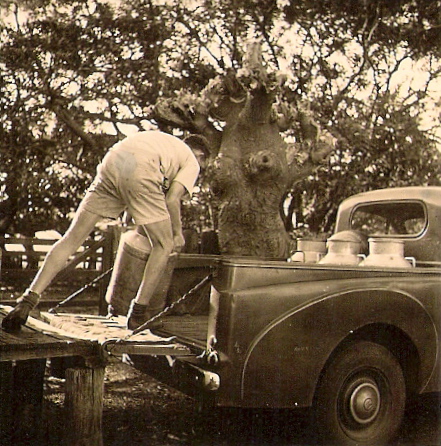 While I was looking for this photo above, I found this one below, also loading cans for transport to the co-op. There's no date on the back, it just says "Buena Vista Dairy."

It looks like Dad but I'm suspecting it's my grandfather. 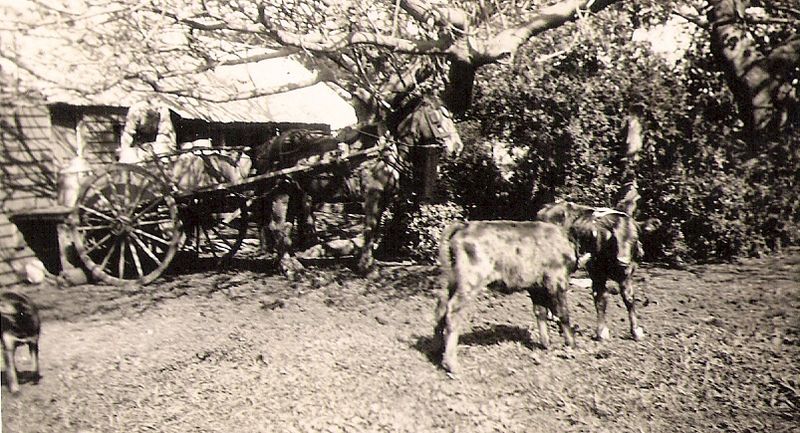 Cool hey. That cart is probably around here somewhere. 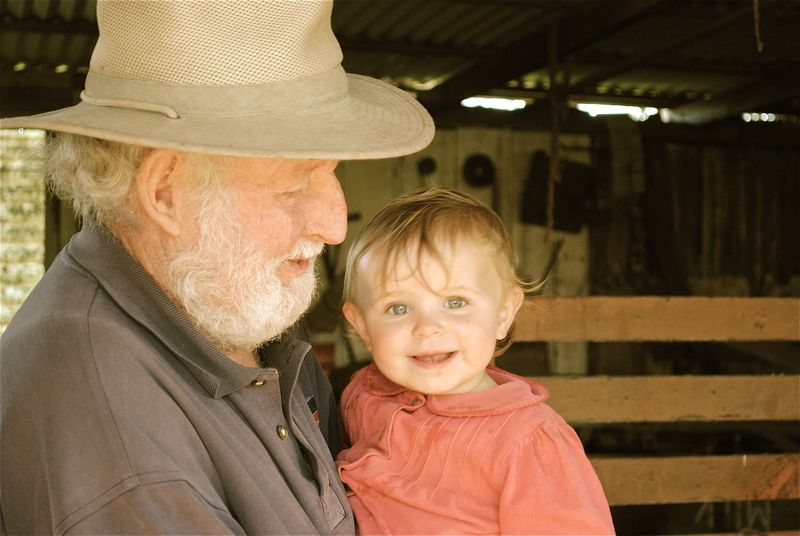 Ivy, 14 months, in her element. A total Grandpa's girl. That kid is going to love a shed. 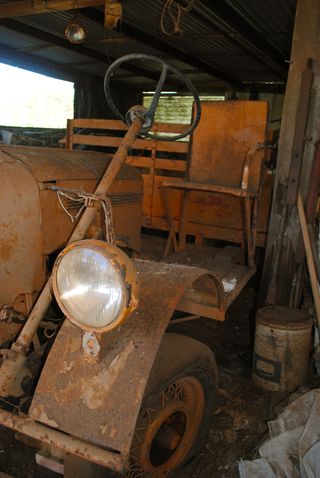