It's all about necks, down here, in this small sheltered spot out of the wind.

Holy crapola it's cold. And windy.

Ever since I accidentally made a cowl, I've become a bit of a fan. They're very practical for people who don't like trailing things around their necks that might dunk in the soup or get caught in the fence.

So I knitted one (deliberately) for Henry. 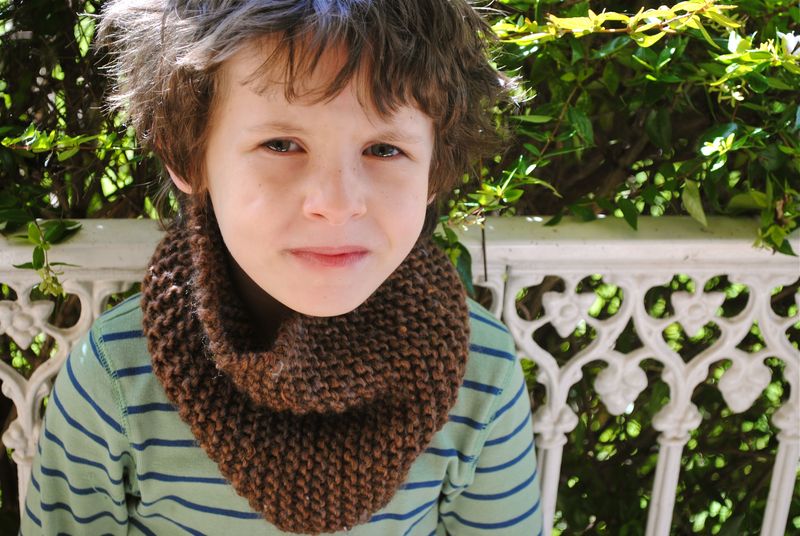 It turned out surprisingly medieval, which thrilled me to pieces.

There was no pattern, it was kind of, cast on twenty five stitches, knit every row, cast off. And this time I didn't ever need to you-tube how to cast off!

It did take a while though. I started it in the car on the drive to Armidale at Easter. It came with me to hospital… 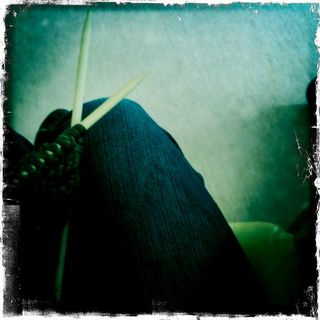 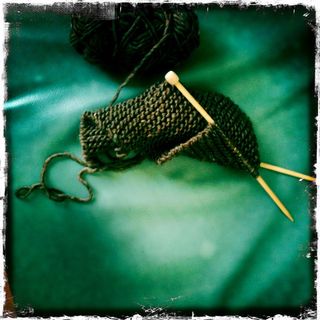 … and then once it was finished, sat around for ages waiting to be sewn up.

I seriously don't know how these crafters whip up a whole cardigan in a week. Beyond me. 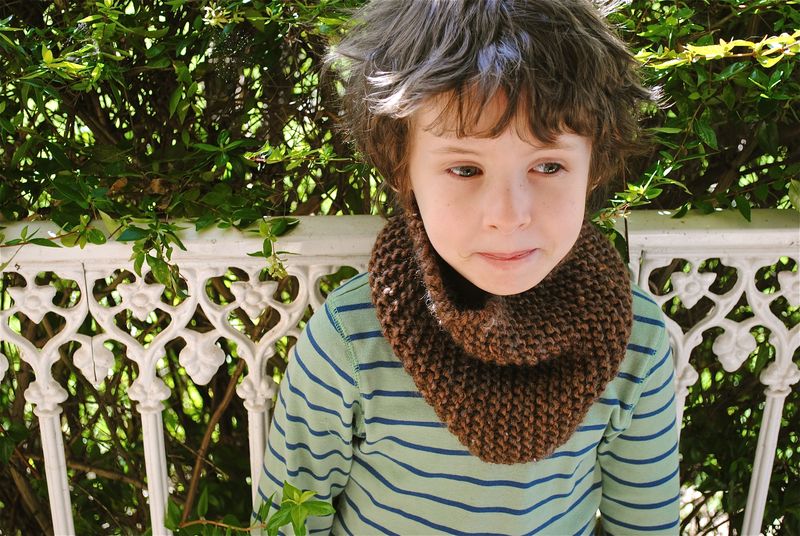 He likes it, it's a little bit scratchy, he says, but the colour's good. Would've preferred grey. 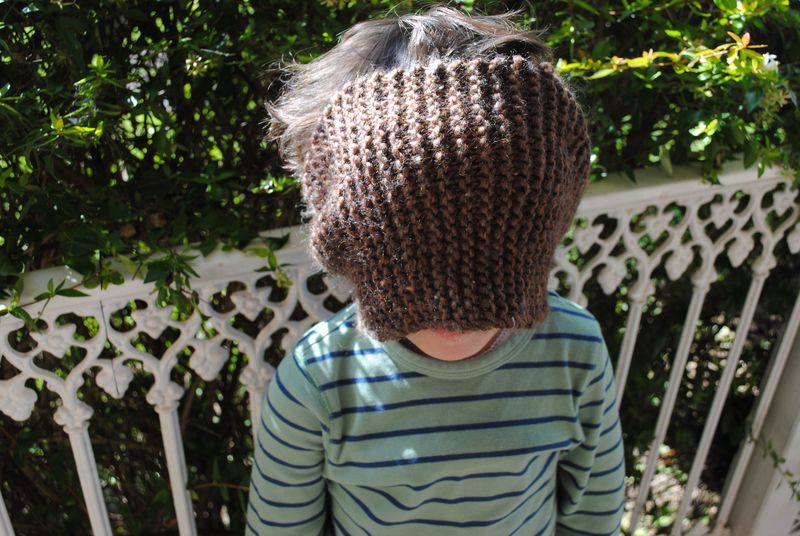 He says it's very comfortable. 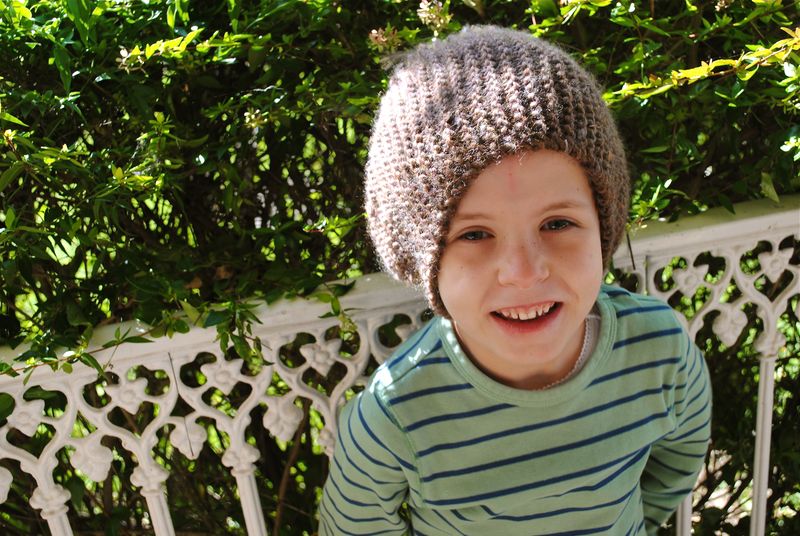 And that it works well as a hat.

Better than some of my previous efforts. 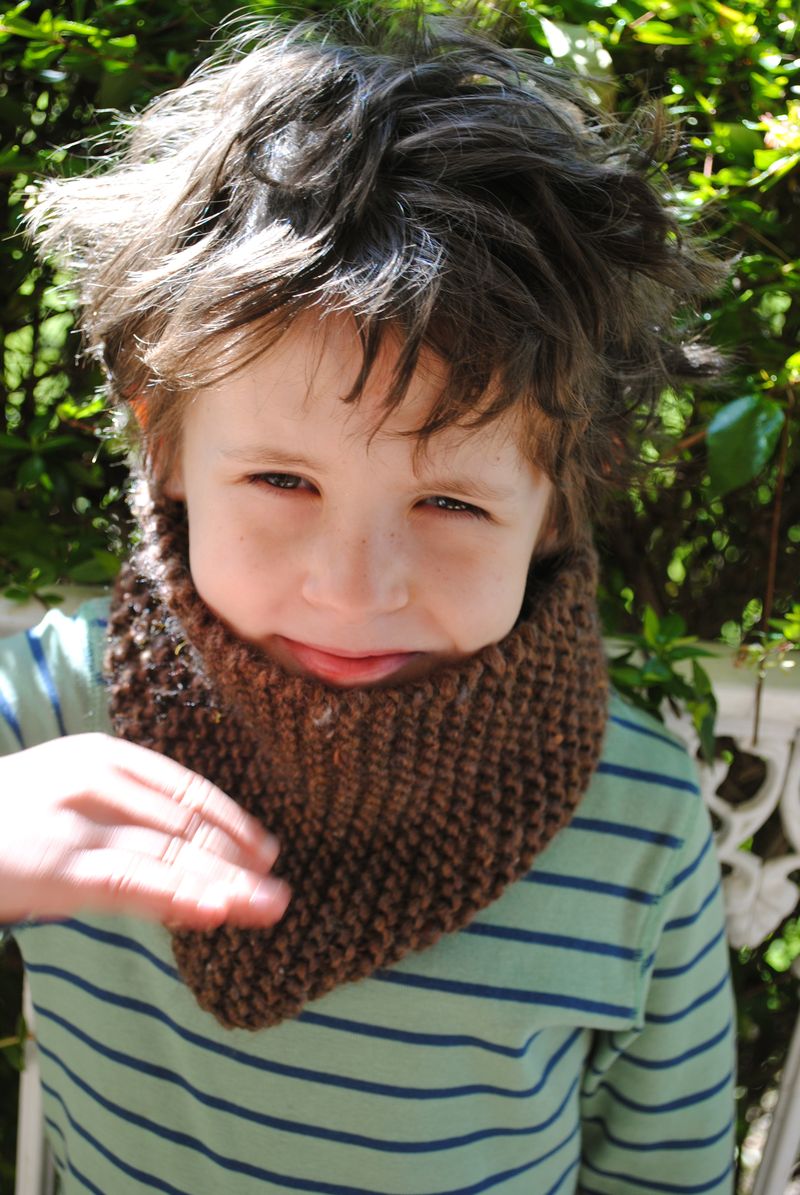 And so, given I've MASTERED knitting, I decided to try something new! Crochet!

Just when I thought this town couldn't get any better, I was invited to join a weekly evening craft group. Who totally rock. And it was here that two lovely friends taught me how to crochet!

My first effort at a square swatch was spectacular. 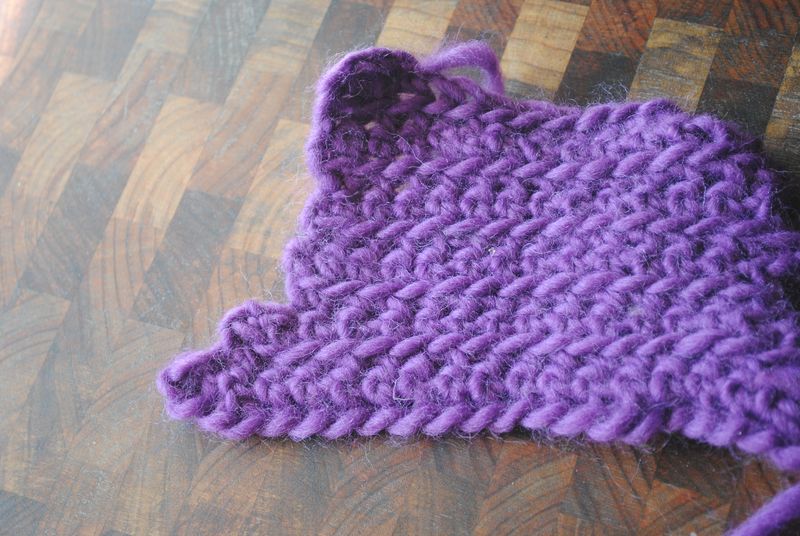 I took it back to show Vanessa, who reminded me about adding a chain stitch when you turn it over. Oh yeah. The old chain stitch.

It turns out that crochet is heaps of fun and much faster to work up than knitting. Which is good. Because it's WINDY here (did I mention that?) and I need a neck covering. 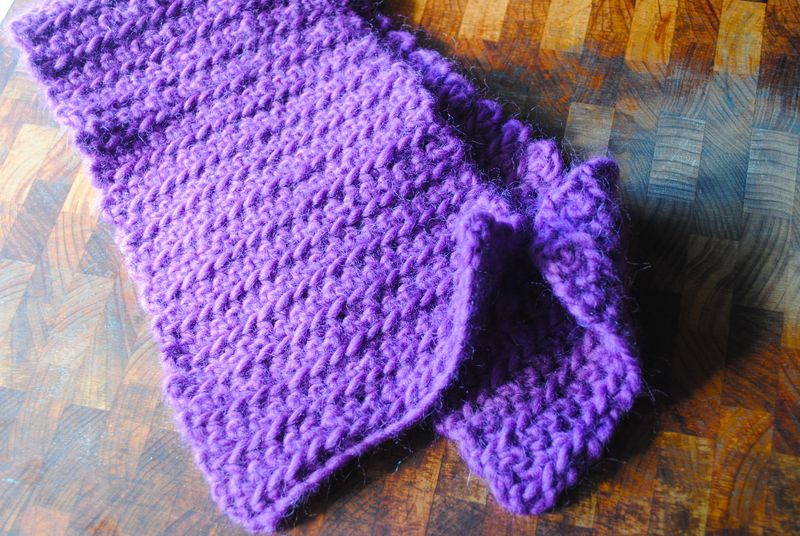 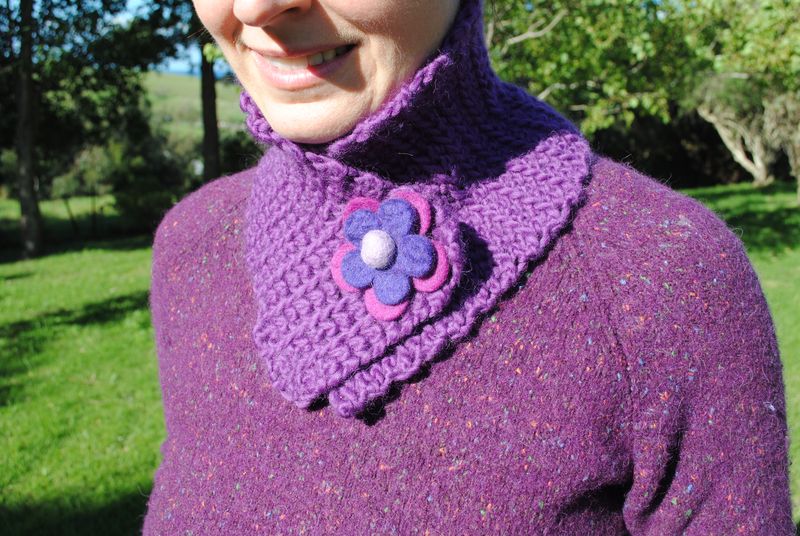 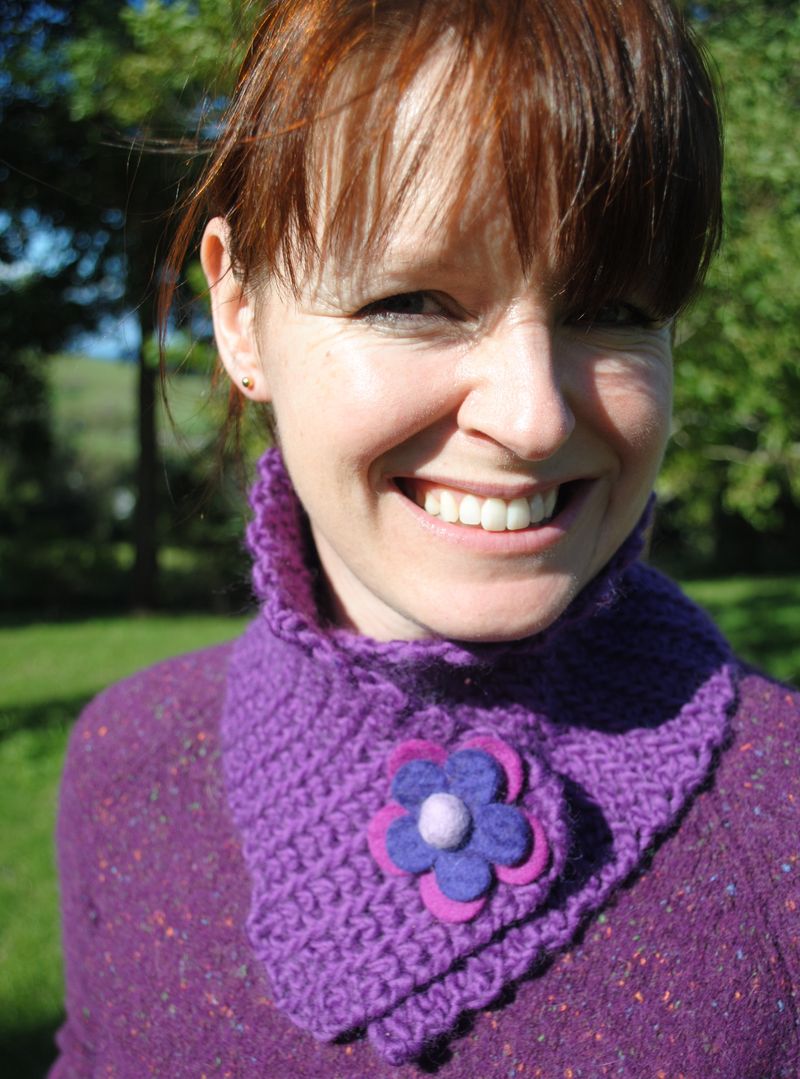 At some stage soon will gather up my courage an knit an entire arm of a sweater.

Hope you're warm where ever you are. Neck, most of all.