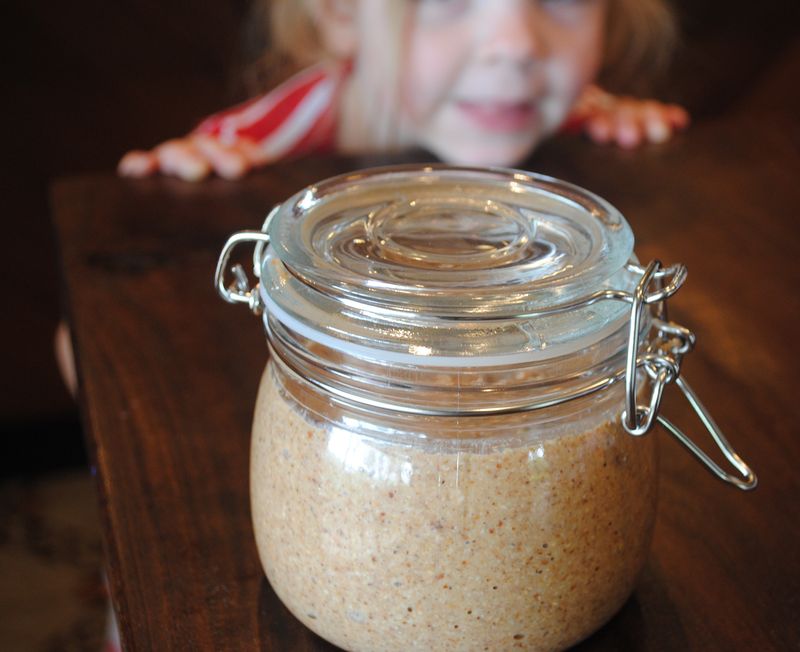 It was Henry's first day back at school today and Tilly announced it would be her special day too. To qualify, it had to involve: making gingerbread men, picking flowers, painting a rainbow, and peanut butter sandwiches for lunch.

I've been feeling a bit guilty about my middle child this week. There's been a lot of requests for craft and a story here and there and play-with-me's that have gone unrequited.

What the heck. The washing, the cleaning, the tidying up – it'll all still be there tomorrow. Why not have a day painting rainbows.

We flew through the list up until I discovered we were out of peanut butter. I usually make our own (have you tried it? dead easy and DELICIOUS.) And I had a few different nuts I wanted to try out.

So we made peanut, almond and brazil nut butter. PAB butter. No, not very catchy. Yummy though. 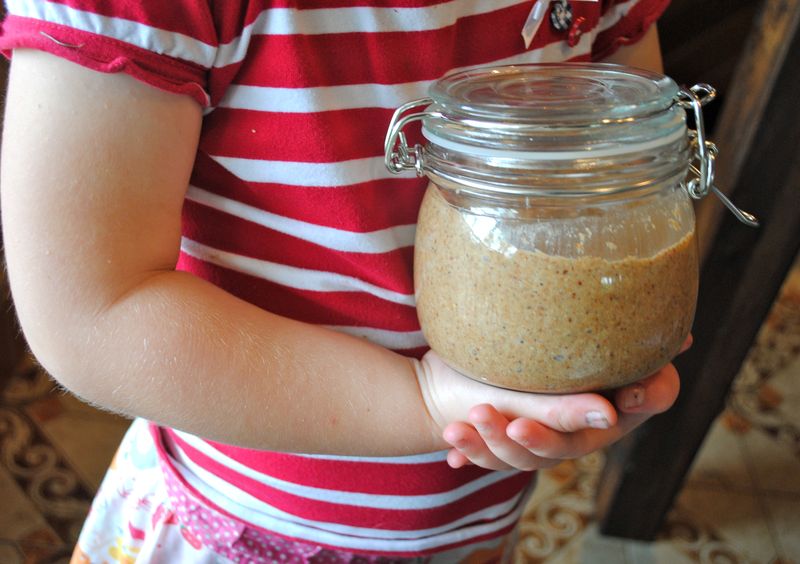 Here's how it goes.

Roast all the nuts either in a dry heavy based fry pan or in the oven for 5 minutes or until golden. We used peanut kernels today which had a husk – we got most (OK, some) of the husks off after they'd cooled down but got bored and just threw them in, husks and all. More fibre.

Then slowly add your peanut oil – you might not need 2 whole tbsp. We like ours really spreadable, but you don't have to use oil at all if you like it thickish. 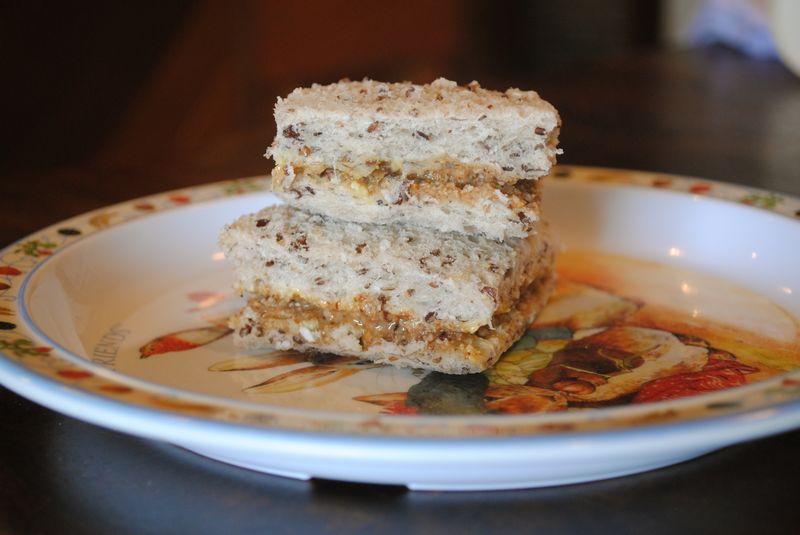 Tilly likes hers on sandwiches.

I think it's gorgeous on hot toast. 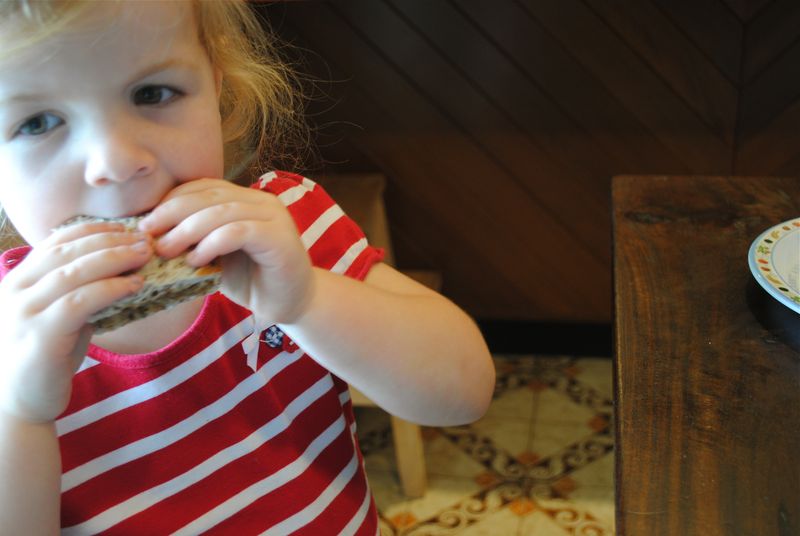 I could pretend we ate these nicely at the table. With placemats. Maybe even napery.

Another essential Tilly-declared element to a special day? A tent in the middle of the kitchen. 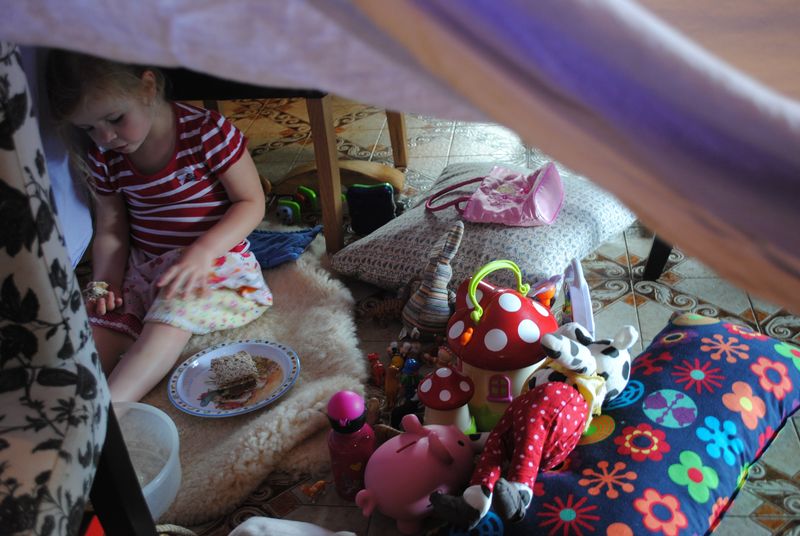