Menu
on the way home

If you follow along on Facebook you would have gathered I had a bit of a drama on Saturday which started with me driving home in the torrential rain and fog from a blogging conference to being rescued from a flooding river.

The conference was interesting. I met some awesome bloggers. It wasn't entirely what I expected but I learnt some stuff and it was amazing seeing how enormous the Mum/personal/lifestyle blogging space is in Australia. It's big.

I had dinner in the city with my dearest pal Ness and then high tailed it home to my baby (mostly the eight month old.)

It was teeming with rain. The whole way.

When I eventually got the the end of our little lane it was after 11pm. There seemed to be water across the road, quite a lot of it. So I rang Adam, up waiting for me, and he said to keep him on speaker and just drive slowly and steadily, it'd be fine.

The car conked out in the middle of the water. It was a lot deeper than it had looked in the dark in my headlights. The electrics all went out and right before they did I got a flash on the dashboard which said that the automatic door locking had been activated.

I don't usually panic. I think I'm generally pretty good in a crisis. But it was pitch dark, the water was up to the car door, I could feel the car rocking and I realised I had made a very very bad call. This was how dreadful accidents happen. You're close to home, you think you'll just drive over the water. And then there's water in the engine and you've got nowhere to go.

I picked the phone up off my lap and said in tones of rising panic, I'm not ashamed to admit, that the car was dead. Adam said to try it again. Truly dead. He asked whether I could open the door and I replied I wasn't prepared to as I could hear all the rushing water and it looked deep.

He said he'd be there in a tick.

Poor man. I suspect he was a tad worried. He was in such a hurry he didn't even go to the neighbours to ask them to watch the kids, he threw all three of them into the car, in the pouring rain, and drove down the hill.

This probably only took five minutes. After two minutes in the car, which felt like twenty, I called my Dad.

Again, I tried to stay calm. Dad asked questions and I answered, no idea what we said, 'cept I got the message he was coming over too. Which is what I wanted to hear. He's your man in a crisis, my Dad, and I knew he'd bring a farm car that could tow, and a rope.

Meanwhile, Adam arrives and leaves his headlights on so I can see what's happening. He wades through the water towards me without hesitation. He opens my car door and takes my arm.

"Nice evening for it, babe," he says cheerily.

I'm a bit shaky and he leads me through the water, up past our knees, back up to our other car.

I wait there with the kids who think it's one big hilarious adventure to be out in the middle of the night in the pouring rain. Adam goes back to the car, Dad arrives and they tow it out. Marvellous, marvellous men.

When we eventually get home and start peeling off all the wet clothes, Dad, as he's leaving, suggests we call the insurer in the morning.

Which would be fine except we had owned this car, our second car, for exactly eight days and I hadn't got around to getting it insured. 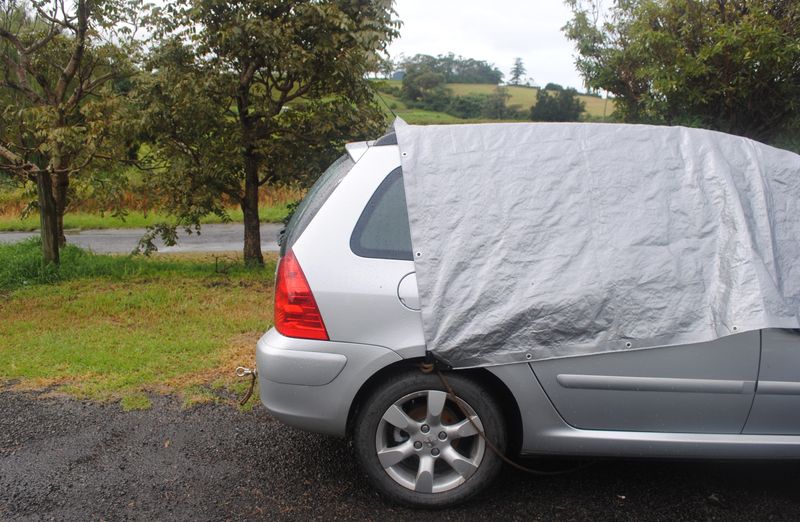 AND I had been wearing my all time favourite red boots.

I hadn't even thought of taking them off. In fact, I'd left my camera in the car. Dad collected it for me and I found it on Sunday morning, unharmed. Dry, even.

The smash repairs place have suggested the car is a write-off. We think it might be worth investigating replacing the engine. The discussions go on.

I'm just super grateful no one was hurt. 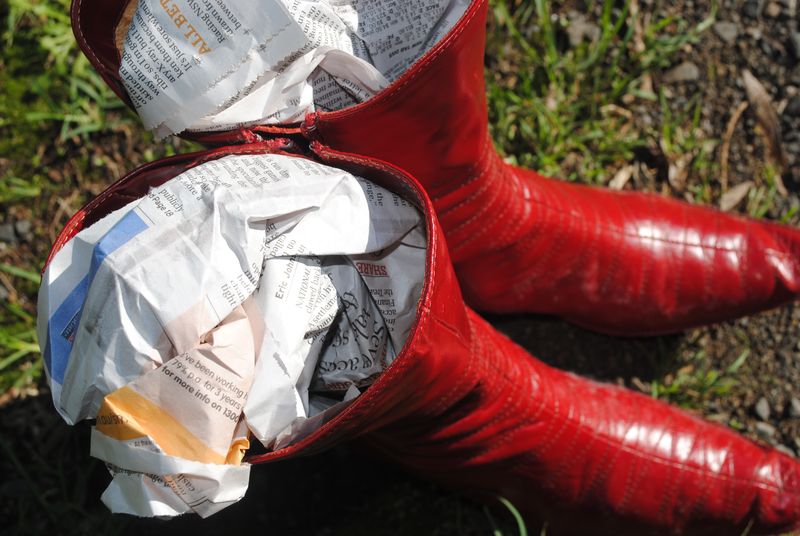 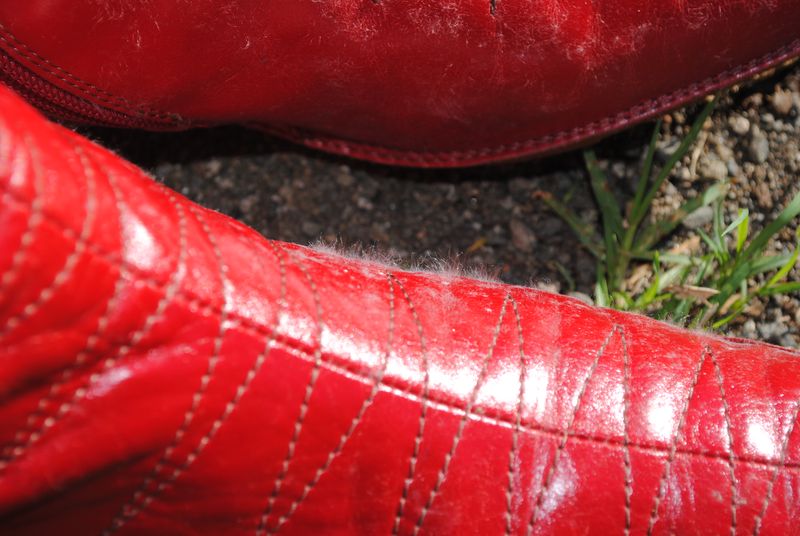 But they're drying out.

P.S. If you're not in the habit of reading comments, can I just say, have a look at the comments on the last post. The 'bravest thing' stories from you lot are ASTOUNDING. You are amazing and wonderful folk.