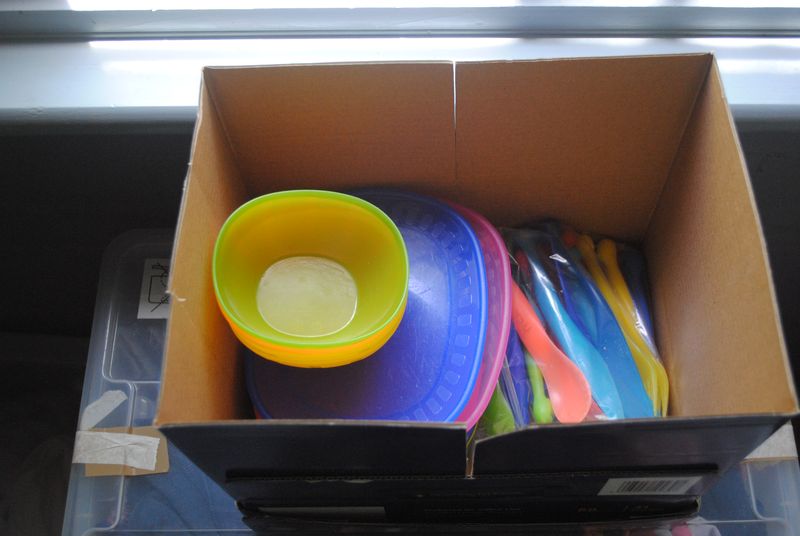 Hi! Lovely to see you! 'Cept I can't see you because my head is spinning. (And that, of course, is the reason. Not because we're not magically linked by global webcams where I can see you sitting there reading, drinking a cup of tea, is it still hot? Hey, nice top! What's going on with your hair today?)

Can you tell I had a coffee? First one in about six months. Wee babe is a bit sensitive to caffeine so I usually don't, but I've been up since five, in bed at one on the other side of that, and I was responsible for driving a car with three precious small people in it today. So I had a coffee. And it's still going. Awesome! Couldn't sleep now if you medicated me!

We moved out of Sydney today.

I walked out of the house with the smallies, and a carload, and the rest, including Adam, arrives tomorrow. We're at my folks' house tonight and tomorrow and after that I'm not sure how long it'll be before our internet is up and running, so I may post a tad sporadically for a week.

I tell you, leaving the house to be packed by strangers is both weird and exhilarating. We've been relocated by Adam's work a few times, the first time I had one twenty-month-old baby and I was in a muddle. It was brilliant, the packers just breezed in and five or six hours later my whole house was in neat cartons.

The next move I gave a bit more thought to and put my underwear into drawstring bags. Which I was pleased about when the packers turned out to be three blokes with prison tatts. Weird, thinking about them packing my nursing breast pads.

I was even more prepared when we moved back to Sydney two years ago, (thinking of those blokes packing up my bathroom cupboards) but the packers that time was a huge team of terribly efficient older ladies who buzzed around and labelled everything beautifully, ripping tape, folding open boxes, stacking book cartons six high, in the heat of a heavy Brisbane summer.

Yesterday, as I was doing a final sort of the pantry, I found a tiny photo of our family hidden among the jars of dried beans. Weird. One of the kids had put it there. I retrieved it, but what do the packers think of the people whose houses they box up?

Do they think we are total glopheads as they put our wine into cartons? Do they wonder about my magnificent collection of empty glass jars? Do they look at the piles of fabric in my stash and think I'm wasteful? Ambitious? A total dork?

What does your house say about you?

And did I leave any washing on the line?