Menu
what the stars said I honestly don't think I personally know a single person who had a spectacular 2013.

People were speculating last night that it was the "13" thing, although no thinking person is actually seriously that superstitious, right?

Our 2013 was a big year, no doubt, although I'd be lying if I didn't admit to declaring out loud, more than once, that I'd be pretty happy not to remember most of it. There was a lot of work involved. And some almost-hitting-the-wall. The should-one-of-us-get-another-job? moments, and the whole weeks' worth of chaotic school runs and lost hats and missing homework. We started successfully wholesaling meat chickens after a rocky start and an almost chucking-it-in. We got a commercial kitchen built and operating and we've almost recovered from an insane December that saw me coming home from sell-out night markets and turning on the oven at 10.30pm to start again.

We bought a second layer chicken caravan but did not manage to double our egg numbers. Some nasty bug got into one of our beehives and virtually destroyed it. There was an abattoir booking not met because pigs just would not be loaded. We got an organic market garden up and running and planted and then just didn't have the hours needed to keep it weeded (it's our biggest sore point.) We fed the first huge harvest of zucchini to the pigs because I let them get to marrow-size, just not having enough hours in the day to do anything with them. Mum and Dad built a new house on our 18 acres, and moved out of the farmhouse, and we finally moved out of the two-room loft we've lived in for two years and into the farmhouse. No one got sick. We're all still here, and man we eat well. We started a workshop program of on-farm cooking classes and they've sold out until the end of March (this makes us bubble up with joy.) The stuff that the rabbits didn't eat in the market garden is GOING GANGBUSTERS. It's AMAZING soil, you couldn't NOT grow gorgeous veg. Check out these Purple Congo potatoes! The chickens are laying, the healthy hive yielded honey yesterday, the corn cobs are bursting out of their silks and we have twenty-four piglets growing fat on whey and green grass as we speak. Which means beyond all the crapola, we're farming. We're growing stuff. We're baking bread and making egg custard and replanting borlotti beans a safe distance from rabbits. We're working with what we have and settling into the farmhouse and watching the kids bounce on the trampoline with a cold glass of wine (us) and tapping the pomegranates and listening. So damn lucky.

We have friends so dear to us they've become like family in the last year. We've learnt so much that we didn't know we needed to know. You know? We discovered kefir this year and drink it so earnestly we're certain to live to 110, won't we?

So if 2013 was kind of average for you, I hope with all my beans that 2014 is everything you hope for and more. It's an even year. They're always better. I'm sure it says so in the stars. 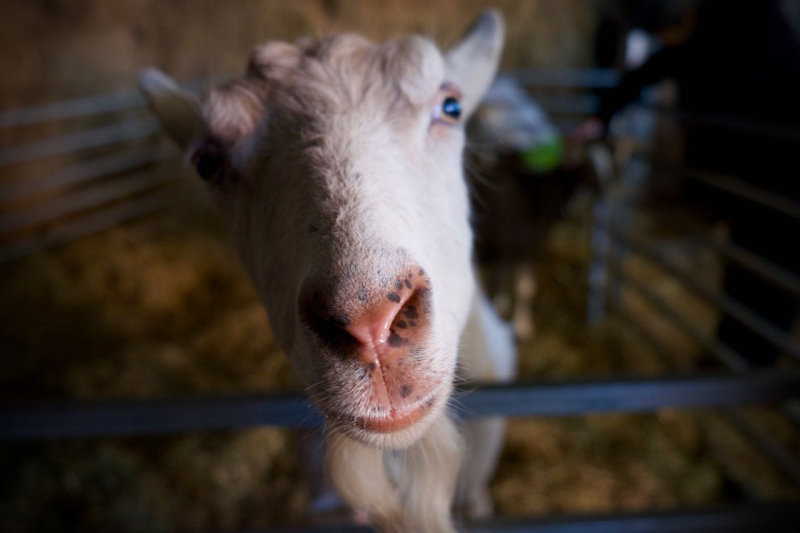